Once upon a time, an amazing garment was created!

You could begin the story of the design of the Rosbras Jacket this way, later to become the emblem of the company.

The story starts on the banks of the Aven, near Concarneau. The Rosbras-Brigneau sailing school was in full swing. This was in 1966. The centre’s manager, Yvon Hémery, asked his friend Guy Cotten, to consider how he would design practical clothing for sailing. At the time, only jackets with poppers or pea-jackets that could be pulled on over the head were available on the market. Not very practical!
A few days and nights of thought later and the learners at the centre were testing the first waterproof foul weather jackets. The Rosbras was born!

Its design had a zip fastener and a double self-grip flap. In record time the jacket became THE reference. Its wind and waterproof system was revolutionary on the market. Today all the sailing jackets worldwide use the “Rosbras system”.
Production took off with the manufacture of the Rosbras jacket and the workroom doubled in size. Guy Cotten became famous for its Rosbras jacket.
When you think of all-weather gear, you think of the yellow Rosbras. “My Cotten”… the Rosbras jacket made its way into the home and struck a chord with the public. 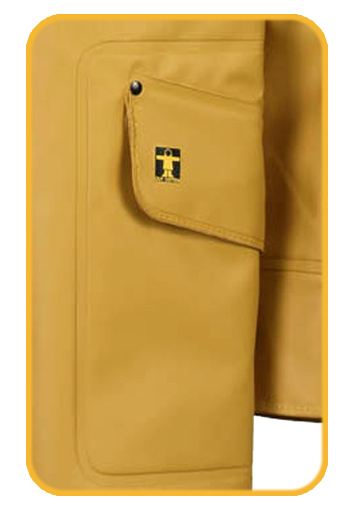 In 1964, the tobacco pouch-style pocket emerged along with self-gripping storm flaps folded over to close pockets and guarantee waterproofing.

Although the shape was developed, the principle remains the same. 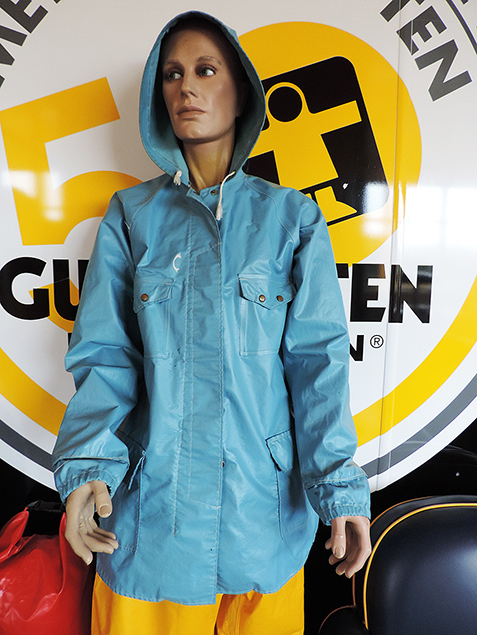 • Blue jacket: made in Easter 1964 belonged to Mrs Hemery. It was cut and welded by Guy Cotten himself and topstitched by Mrs Françoise Cotten. The shape did not quite match the Rosbras yet: raglan sleeves, welded seams, elasticated cuffs, 2 chest pockets topstitched and welded, storm flap pockets stitched at the bottom, double flap, snap fasteners to close.

• 1970 Rosbras jacket: worn by Mr Rondet (53) for sailing for 5 years. The Rosbras jacket had a kimono-style cut, the cuffs were windproof with an elasticated rib trim, used almost from the outset. The double flap was wide. The self-grip tape ran the full length: on the first jackets only small lengths (5 to 7 cm) of self-grip tape were attached along the length of the flap. Double pockets with self-grip flap, topstitched and welded to the garment. The hood had a visor. The seams were welded, except for the flaps. The fabric was Ferranyl, used since 1963. 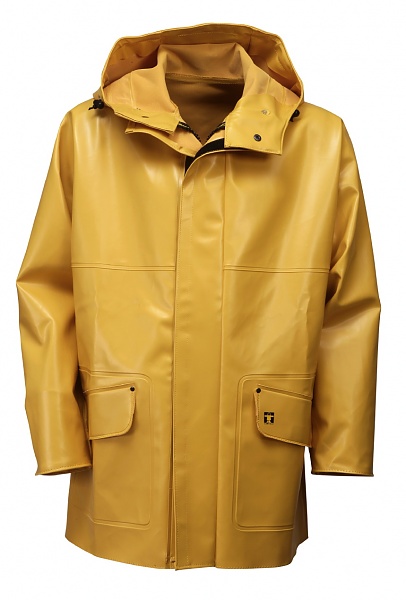 • Current Rosbras jacket: it still has a kimono cut.
The flap was perfected and now runs down to the bottom of the garment. The self-gripping tape stops before this for ease of movement. All the seams are welded, the pockets are inside and only the flap is visible. The “MAGIC” hood that moves with the head (patented in 2011). The fabric used is Cap-Coz and it is very supple.